Notes from the Field : week 6

In Defense of Ugly Vegetables

by harvest workshare Greg Josephs
There is a ritual I observe every Friday when I get home from my morning at the farm. Regardless of how tired, dirty, or hungry I am (generally all three in great measure) the first thing I do is take my enormous bag of fresh vegetables, artfully arrange them on the kitchen table, and take a series of photographs for social media.

I like to see the colors. It’s a moment to appreciate the gift of produce so fresh, it was literally still in the ground three hours earlier. It’s also visually flawless, because I’ve selected the leafiest chard, the straightest carrots, the plumpest beets, the roundest tomatoes.

It makes for great photos, but actually, I’m contributing to an enormous problem:

Google is full of an endlessly unspooling thread of articles studded with alarming facts about how much produce never even makes it out of the ground at the farm level—for lots of reasons.
On larger-scale commercial farms, various factors can contribute to produce being left in the field: lack of labor, weather events, market fluctuations, etc. But even at LexFarm, take a stroll through the fields on an afternoon after a harvest, and you’re likely to see perfectly edible produce just … left behind.

Some of it isn’t edible. This carrot was nibbled by a rabbit, that beet was bored through by an insect. This radish cracked open. That zucchini got so big, its internal texture has gone from tender and pleasant to woody and, well … gross.

But some of it—and this is where my weekly photography habit helps put the blame on my shoulders—just isn’t as nice to look at.

These things are enticing. They tell us they are fresh and healthy and delicious. They invite us to load them into plastic produce bags and bring them home and feel so good about what we’re feeding ourselves and our families. And they are healthy. And they’re perfect.
The problem is, faced with so much perfection, when we rifle through that bin of loose potatoes, we’re conditioned to steer clear of anything with a blemish, or an unusual shape. That potato gets left behind until it’s been there too long waiting for someone to take a chance on it. And there’s nothing wrong with it! A little work with a paring knife, and it would fit perfectly in your summer potato salad.

But it’ll never make it to a potato salad, which is too bad. Because it’s an ingredient, and when we cook, we transform ingredients into something wholly different than they were when we started.
I’d be willing to guess there is less waste at LexFarm because of our CSA system. Weekly, we harvest for 220 shares, plus extra produce to be sold to retail customers. That means, from a particular row of carrots, we need to get at least 220 bunches. If there are seven carrots in a bunch, we need over 1500 carrots. On our seven-acre farm, full of stones (even after nearly 400 years of the land being farmed) there is only so much space to be devoted to carrots, and the chances of pulling out 1500 perfectly straight, entirely uniform carrots is, well … nil.

So we get some knobby ones. We pull twisty ones. Some are longer, and some are shorter. But we still do our best to put together the most perfect bunches we can. This leads to a sliding system of quality control:

Would I eat this? Yes.

Would someone pay for this? I’m not sure.

So we stop. Ask the farmers. Present the ugly vegetable, and get a yes or no.

More often than not, it’s a yes. But there are tough calls.

Have you ever seen two carrots, twisted around one another in a tight embrace? It’s beautiful. They’re perfectly edible—just as sweet as any other carrot—but inevitably, it’s these vegetables that get left behind.

They just don’t make the cut. But imagine for a moment what would happen if, societally, we were more accepting of vegetables that looked a little different.

First off, maybe you’d get nine carrots in a bunch. I dare you to argue that more carrots are a bad thing.

Secondly, the overall price of produce could go down. If farmers are pulling ugly produce from the fields anyways, and we as consumers were willing to buy it, produce would be more abundant, which could drive down the cost per piece. If it all still gets sold, farmers aren’t negatively affected, and we live slightly healthier lives because, well … more carrots!

Of course, we’ll never buy all the produce. Having more leftover means more produce to donate, which goes a long way to reducing food insecurity.

It’s pretty simple, actually: eat ugly produce, and you save the world.

Understanding the problem is only part of the solution. Reducing food waste because of cosmetically imperfect vegetables requires action. So here is my challenge to you:

Next time you’re at the farm stand, go ahead and rifle through those bins for the perfect bunch. But take an imperfect bunch of something else. I guarantee, if it’s made it to the bin, it’s safe to eat. I also guarantee, it’ll taste exactly the same as the perfect one.

And if every consumer in America took one piece of imperfect produce every time they shopped … I can’t even begin to imagine the impact.

I’ll do my part too. While I’ll still post pictures of my beautiful Friday morning bounties, I’m also going to try to photograph more imperfect produce as we pull it from the ground. Because it’s beautiful and wild and natural and delicious.

Written by LexFarm‘s own Greg Josephs, workshare and local author

See the full article at http://gregoryjosephs.com/2019/07/16/in-defense-of-ugly-vegetables/
and sigh up for his newsletter. 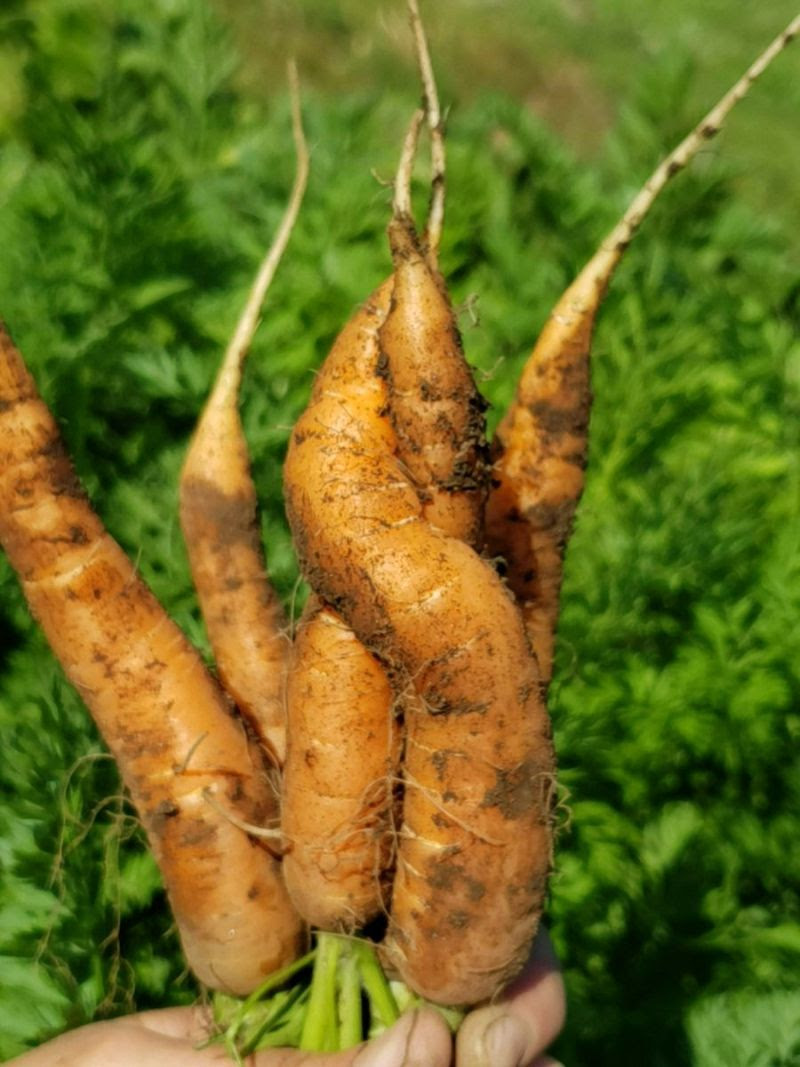 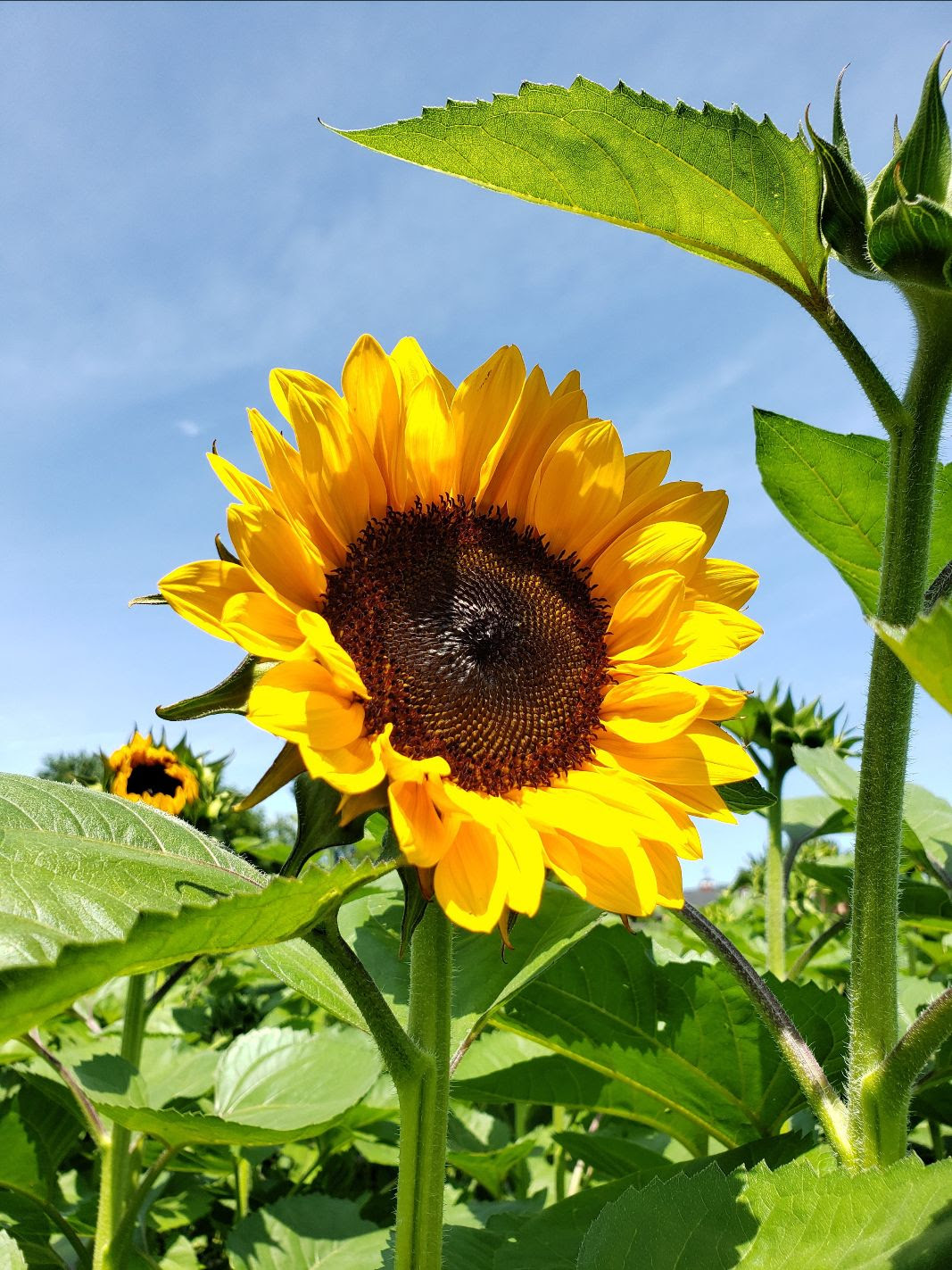 Lexington Community Farm is a non-profit working farm connecting the community to locally grown food and sustainable farming practices while preserving historic farmland. We are located at 52 Lowell Street in Lexington, Massachusetts. More about us.

Signup for our Newsletter

Get recipes and other ideas for using your LexFarm produce!